Pregnancy can be overwhelming with so much going around. There is no doubt that parents get anxious and excited at the same time to see the growing baby in the belly. Unfortunately, the period of Nine Months can be a little too long for the parents to go without catching a little glimpse of their child. With

innovation, you can see your unborn child with details sharper than 2D ultrasounds.

What is a sonography ultrasound?

Sonography primarily provides internal fetal anatomy images. In this process, sound waves of high frequency are used to produce representations of the body. Then, a transducer or a probe that emits ultrasounds waves is placed on the skin to ensure the sound waves move through smoothly.

For an abdominal ultrasound, a specific gel is applied on the belly while the patient lays down relaxed. This helps the sound waves to move through, as the doctor will hold and move around the probe against the stomach. This is done to get a sharp and clear ultrasound image as different structures that will come in the way of the sound waves will reflect the emitted waves. Then, using a computer software, the image is formed on the basis of the strength of the reflected waves and the time taken to return.

Ready to get started?

Please contact us today and we’ll be happy to provide a free, no obligation quote.

Why do the parents need an ultrasound?

The Ultrasound Image let the parents see their child for the very first time. People usually prefer to have a 3D ultrasound or 4D ultrasound as it allows the doctor or the technician to capture the image from various angles.

Even doctors prefer the same as the ultrasound helps to check for specific congenital disabilities like cleft palate, which is difficult to come up with during a standard ultrasound.

What are 3D and 4D sonography?

In a standard 2D ultrasound of a fetus, you get a flat, black and white image. However, the 2D Ultrasound image does show the functions of the baby’s organs and helps to monitor the baby’s health from that.

also use sound waves to create an image of the baby inside the womb. The 3D and 4D ultrasound images reveal more details from various angles, such as the heart walls, internal organs, valves or blood flow in vessels, the skin, face, and so much more! A

, as the name suggests, is an actual 3D image of your baby. Parallelly, a

creates a live video effect, where you can watch your baby doing activities like kicking, clenching their fists, opening or closing their eyes and so on. Such crisp and clean images also help the doctors to discover if there is an issue with the well being of your child and explain it to you with ease.

Is sonography mandatory for the mother?

All ultrasounds are optional, but usually, the doctors recommend getting at least one 3d sonography done as part of the routine prenatal care. Doctors perform an ultrasound initially between the sixth and ninth week to confirm your pregnancy. In a medical setting, Ultrasounds are an effective tool to find about the fetus’ health and diagnose any further complication in the pregnancy.

A quick Google search for -

3d 4D sonography near me

, will list a plethora of facilities from where you can avail yourself of services. However, it can get confusing to pick one 3D and 4D sonography near you when there is already so much on the plate. We at Motherhood are working towards comprehensive health care for women and children, bringing you the best services for 3D and

. At Motherhood, we provide you with quality medical care and facilities at an affordable range as compared to the overall

. You can come visit us at our Women and child care hospital or IVF centers to know more.

My experience at Motherhood went along with ease. All my questions were answered, and my concerns regarding 3d ultrasound and 4d ultrasound in pregnancy were adequately addressed. During all these months that I have been consulting doctors at Motherhood, I realized that it is the best decision for me and my baby. The doctors here have helped me with my particular case at every step. I would definitely recommend Motherhood to everyone who might need any help or consultation regarding the same.

I was not really sure about getting a sonography, and to be completely honest, I was scared. But starting from the staff, the doctors, the hospital's environment put me to ease, and I finally got to catch a glimpse of my little healthy baby using the 3D-4D Sonography Technology and what I believe is the best IVF Hospital across the State.

Dedicated doctors & staff, High-end technology, comfortable environment and quality 4d sonography in Ahmedabad are all that my wife and I needed to place our trust with Motherhood. 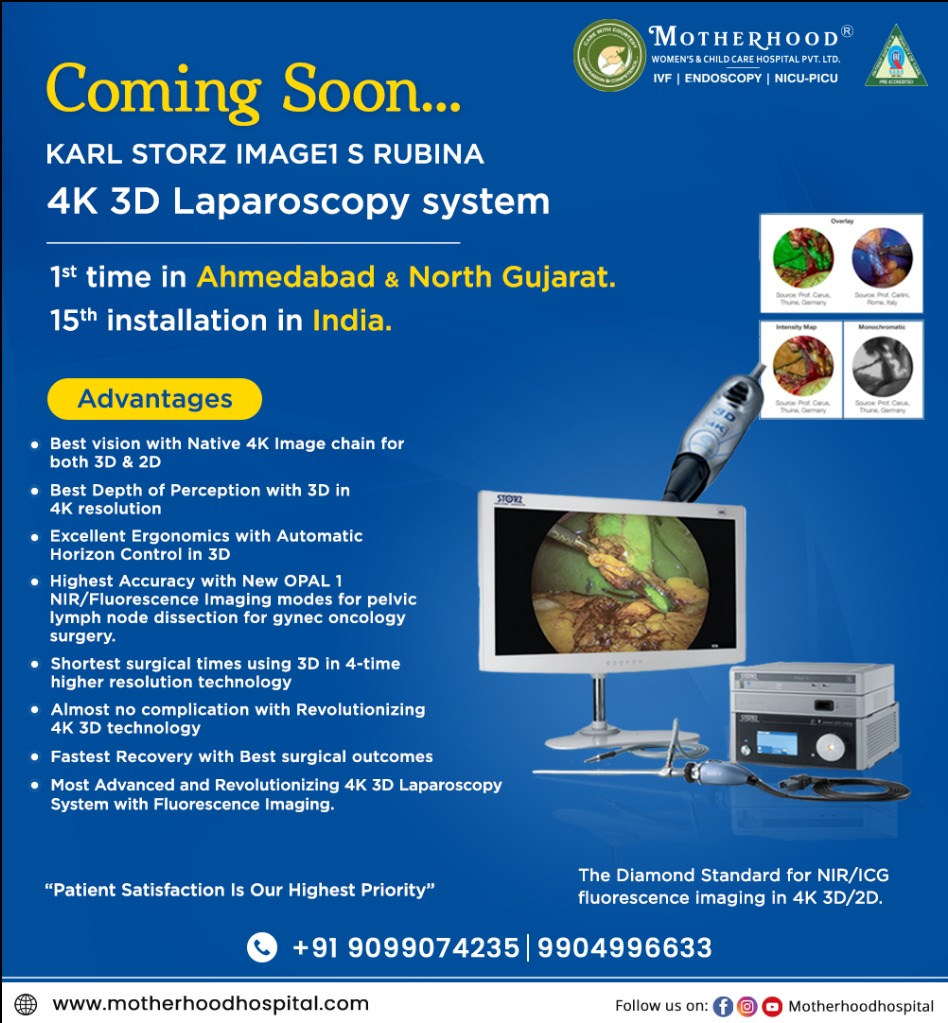